Durham Razor Company Inc was founded in New York in 1908 by Thomas C Durham. The first Durham patents were filed in 1906 and the inventors listed were Durham, Sidney I. Prescott, and Thomas C. Sheehan.​ T.C. Sheehan served as general manager of the company in 1909 and became vice-president and director in 1911. By 1910 the company had been renamed  Durham Duplex Razor Company and had its factory in England and one on Montgomery Street In Jersey City. 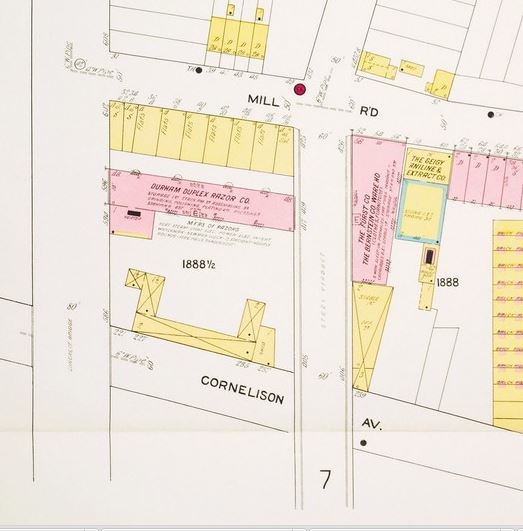 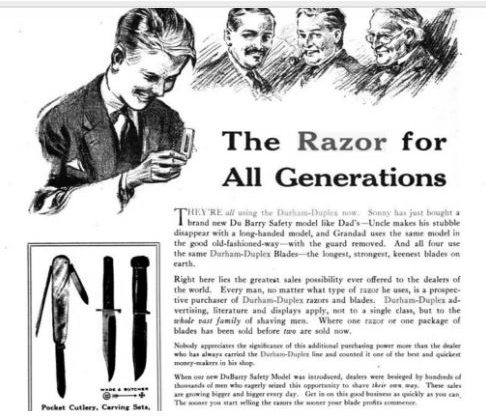 Commercial America, Volume 19
On March 19 1916, a fire gutted the Montgomery & Mercer Street plant, causing $100.000 dollars in damage.  Although the business took a severe blow, they would not let the fire get them down, nor would they allow the workers to go without, so they secured two floors in a factory downtown to house the company temporarily. 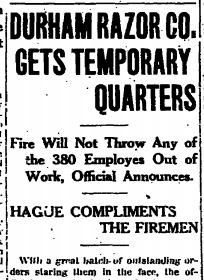 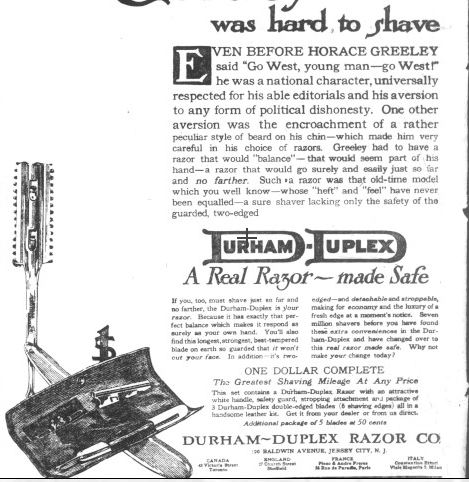 Indianapolis News,Indianapolis, Marion County, 12 November 1918
Luckily for the company, they were already in the process of building a new facility at 190 Baldwin in Jersey City.  They also had managed to salvage some of the machinery and put them in serviceable form. 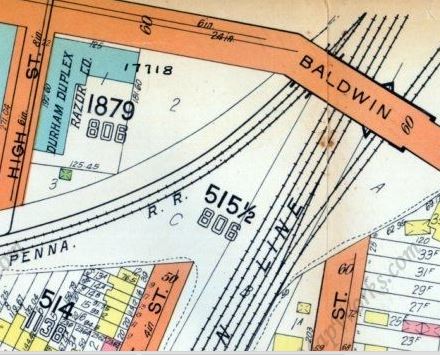 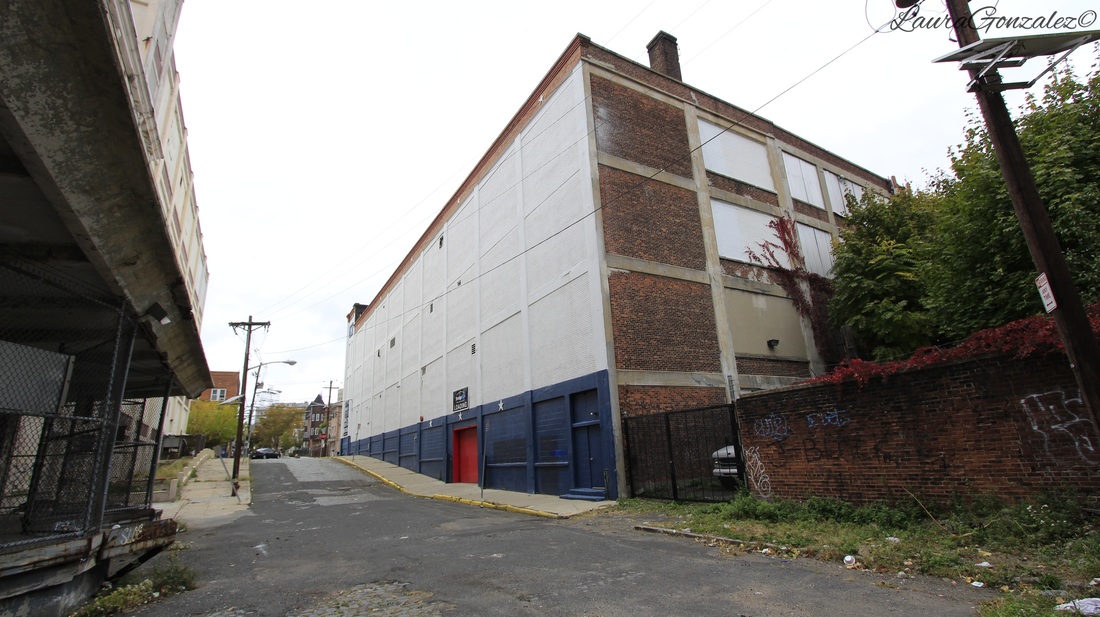 Durham on the right
In the early 1920s Durham-Duplex acquired the W. & S. Butcher, Ltd. and Wade & Butcher plants in Sheffield. England. Starting in the early 1920s hoe type razors such as the Durham DuBarry, Durham Dorset and Durham T-Type were introduced that used the standard Durham-Duplex blade. By 1929 the basic Durham Duplex patents had expired. ​In 1940 the Durham-Duplex Razor Co. and the Enders Razor Co. of Mystic Connecticut merged to become the Durham-Enders Razor Corp. of Mystic Conn. Durham- Duplex razors and hair trimmers continued to be sold at least into the 1950s by Durham-Enders and Du Sales, Inc.. of Jersey City. New Jersey. A successor company, Durham-Duplex Co., Ltd., Sheffield. England, formed c. 1970, still sells blades and knives with replaceable blades.​
From the Shaveden 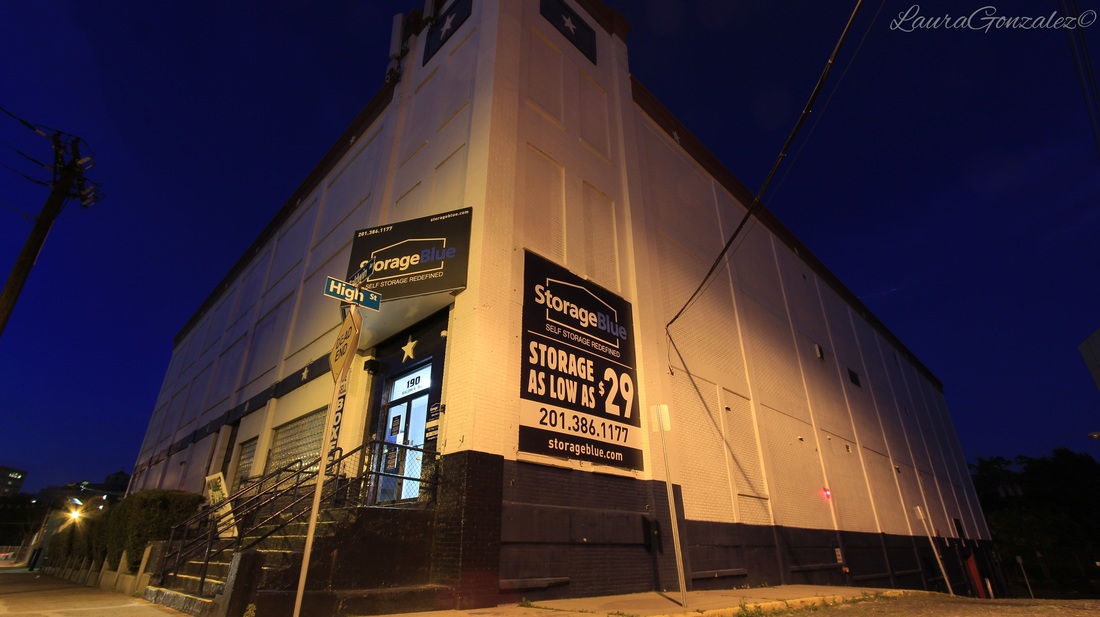 Between the 1940's and the 1960's the shaving side of the business slowed with competition and the USA facility shifted production to concentrate on surgical products leaving UK to supply razor blades to the World.​ The 1960's brought about the Hippy movement which  reduced the market still further and the company slowed once more. In 1974 the company was purchased by Edward Turner and Son Ltd  and the name was shortened to Durham-Duplex Ltd. The company still exists and the building on Baldwin still stands and has been re purposed as a storage facility.
Further Reading:
Durham Duplex
http://www.cutlers-hallamshire.org.uk/