December 10 1929, Mrs. Quinta McDonald is buried in Rosedale Cemetery In Orange , New Jersey.  She was one of five women known as the "radium girls"employed by the U.S.Radium Corporation to paint luminous dials on watches. Sixteen months before this they were all told they would die soon, from incurable radium necrosis. On the 7th of  December 1929, her time had come, Quinta McDonald sank into a coma in which she wouldnt never come out of. She wasn't the first,  from 1922 to 1926, four other workers in the radium factory had already passed away. 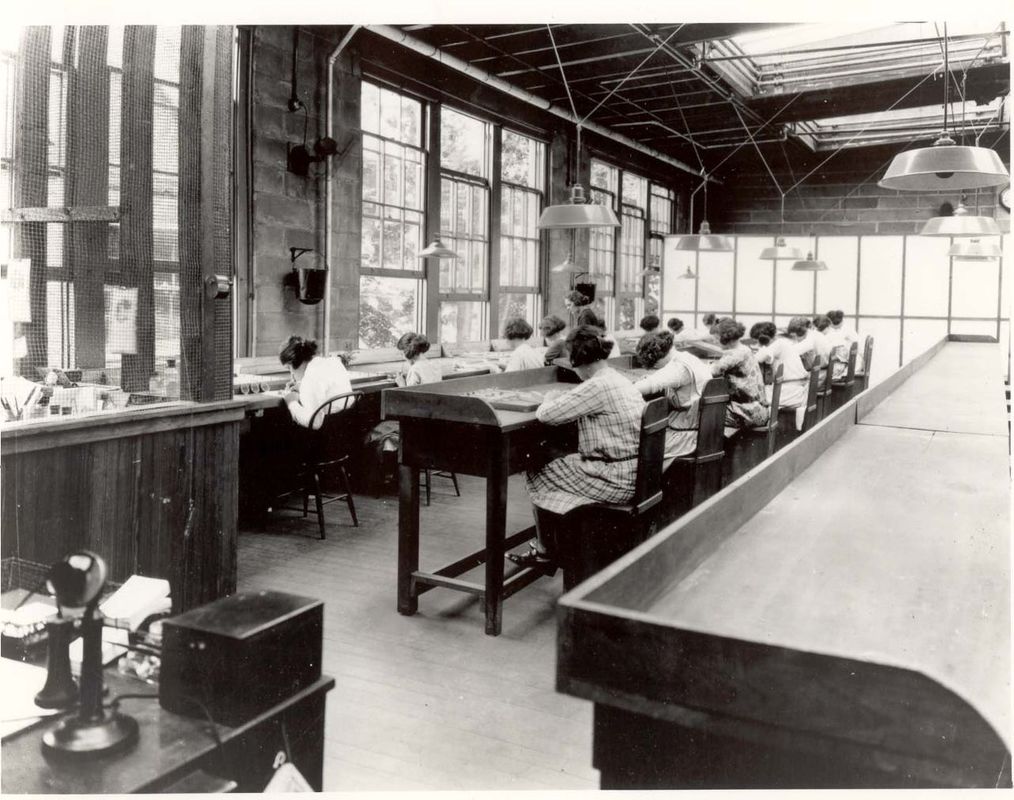 From 1917 to 1926, the Radium Luminous Material Corporation, which later went on to become the U.S. Radium Corporation, were in the business of extracting and purifying of radium from carnotite ore to produce luminous paints,which was then used to make radioluminescent watches for the military  under the brand name "Undark". The company was founded in 1914 in New York City by Dr. Sabin Arnold von Sochocky and Dr. George S. Willis.  Undark, the luminescent paint, was a mixture of radium and zinc sulfide. With World War I, came the demand for dials, watches, and aircraft instruments painted with  luminescence paint. 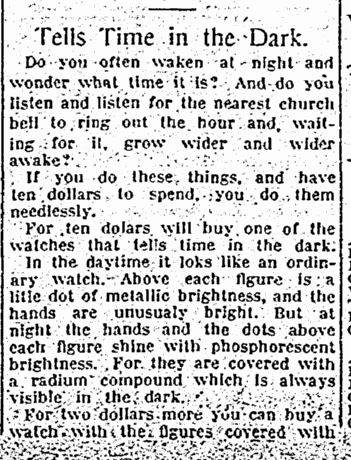 Adveretisement 1914 Jersey Journal
​They hired approximately 70 women and told the women in order to get the numbers small enough onto the dials, that they would have to point the brush with their lips. The  owners and the scientists knew the dangers of radium and carefully avoided any exposure themselves, meanwhile not disclosing the danger or giving any protective gear to the women.  This was not an isolated incident as up to  4,000 workers were hired by corporations in the U.S. and Canada to paint watch faces with radium.

​Many of the employees began to suffer from anemia, bone fractures, and necrosis of the jaw, which was coined "radium jaw". One worker went to have her tooth pulled and the dentist  inadvertently pulled her entire jaw out.  Many would later go on to die, some being horribly disfigured.
Radium jaw is an occupational disease brought on by the ingestion and subsequent absorption of radium into the bones of radium dial painters and those consuming radium-laden patent medicines. The symptoms are necrosis of the mandible (lower jawbone) and the maxilla (upper jaw) as well as constant bleeding of the gums and (usually) after some time, severe distortion due to bone tumours and porosity of the lower jaw. The condition is similar to phossy jaw, an osteoporitic and osteonecrotic illness of matchgirls, brought on by phosphorus ingestion and absorption. The first written reference to the disease was by a dentist, Dr. Theodor Blum (1924), who described an unusual mandibular osteomyelitis in a dial painter, a condition he called "radium jaw". The disease was determined by Dr. H.S. Martland in 1924 to be symptomatic of radium paint ingestion, after many female workers from various radium paint companies reported similar dental and mandibular pain. Symptoms were present in the mouth due to use of the lips and tongue, to keep the radium-paint paintbrushes properly shaped. The disease was the main reason for litigation against the United States Radium Corporation by the so-called Radium Girls. Another prominent example of this condition was the death of Eben Byers, an American industrialist, after taking large doses of a patent medicine containing radium over several years. His illness garnered much publicity, with The Wall Street Journal running a story titled "The Radium Water Worked Fine until His Jaw Came Off", and brought the problem of radioactive quack medicines into the public eye.
-Wikipedia 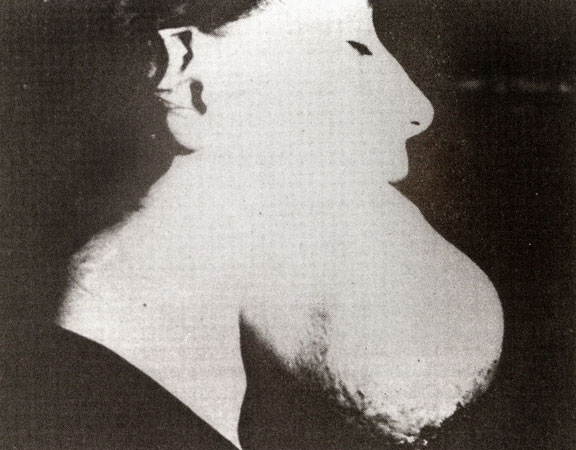 Although the company maintained their innocence and blamed the illnesses on other causes such as Syphilis, the inventor of radium dial paint , Dr Sabin A. Von Sochocky, died in November 1928 of exposure. He had been one of the people who  denied that his invention had been the cause of the deaths. ​The victims were so contaminated that radiation can still be detected at their graves, using a Geiger counter.

THE JERSEY JOURNAL June 29, 1925
​Eventually the factory was closed and lay abandoned. 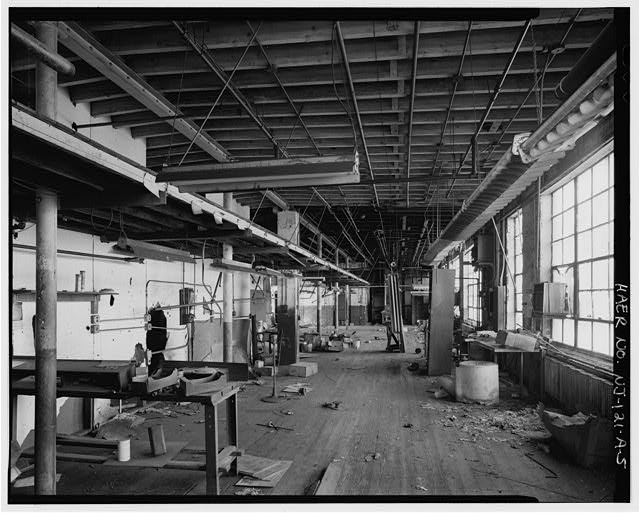 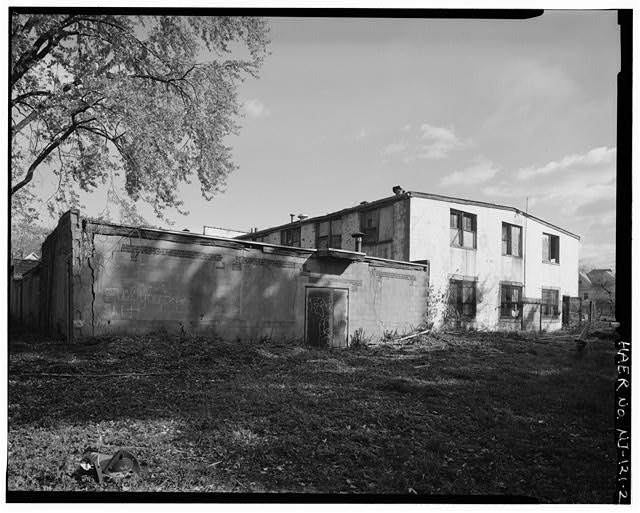 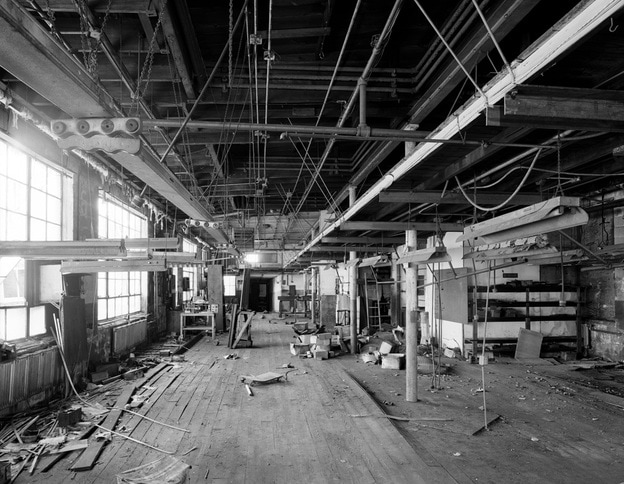 Interior of former Radium Crystallization Laboratory at 428 Alden Street
Eventually the site was designation as a Superfund site by the United States Environmental Protection Agency in 1983. In 1997, the EPA remediated the site and turned the former contamination zone into a park. 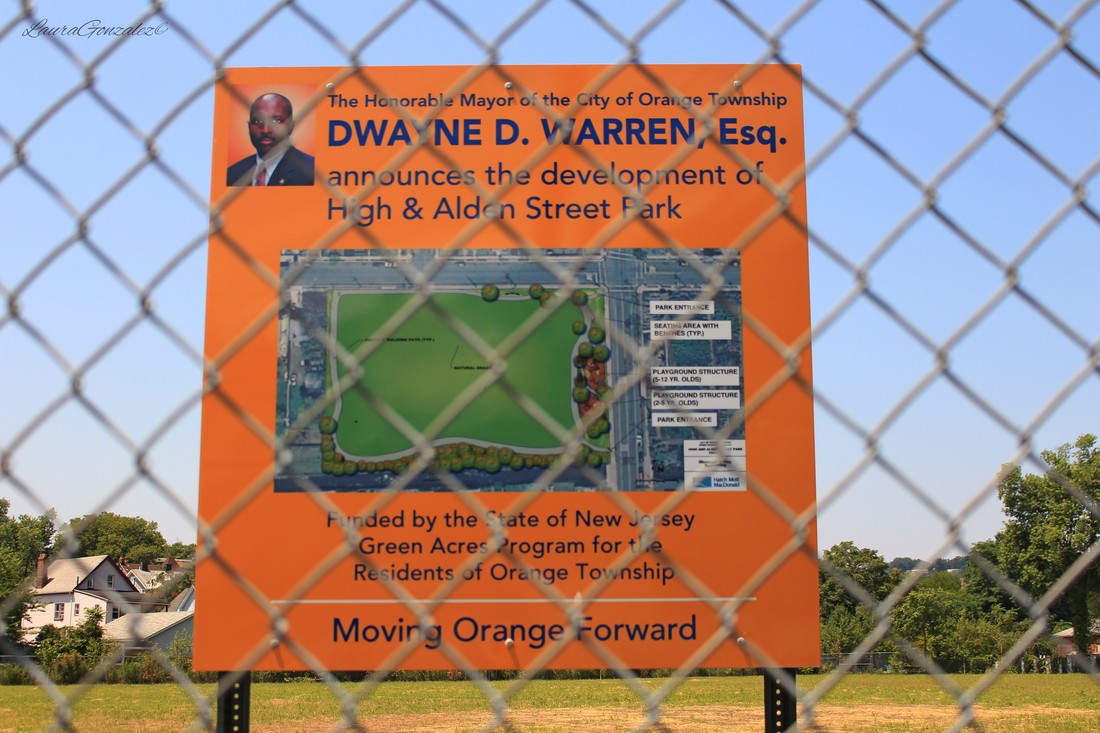 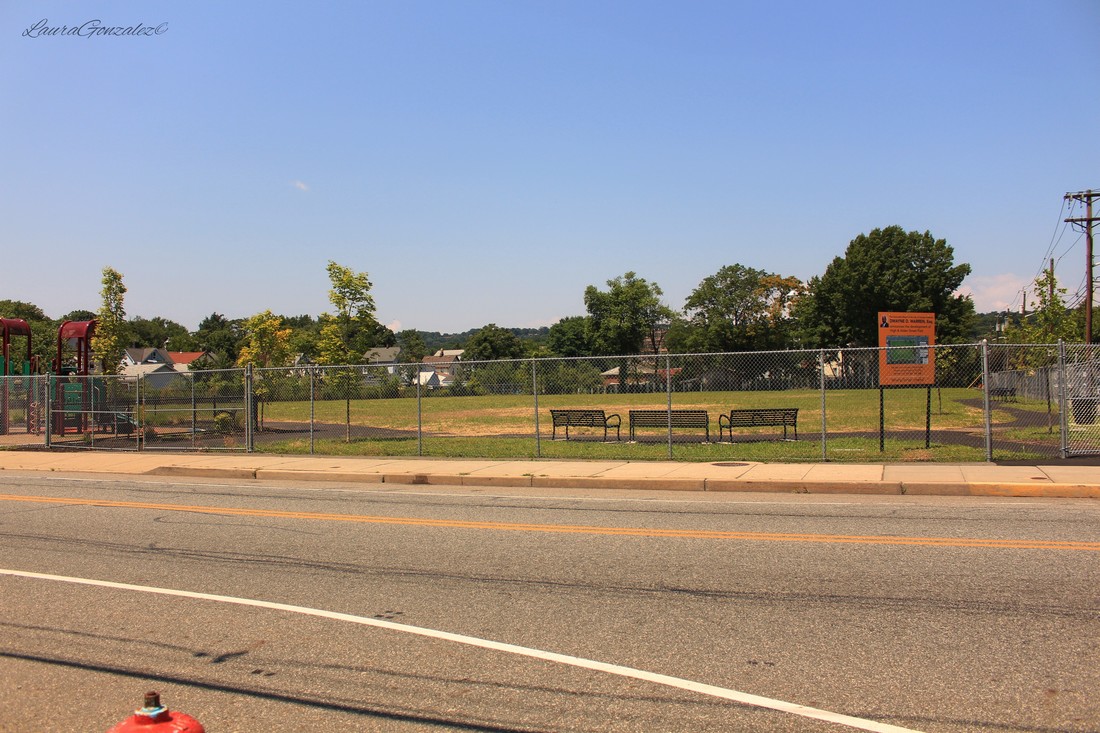 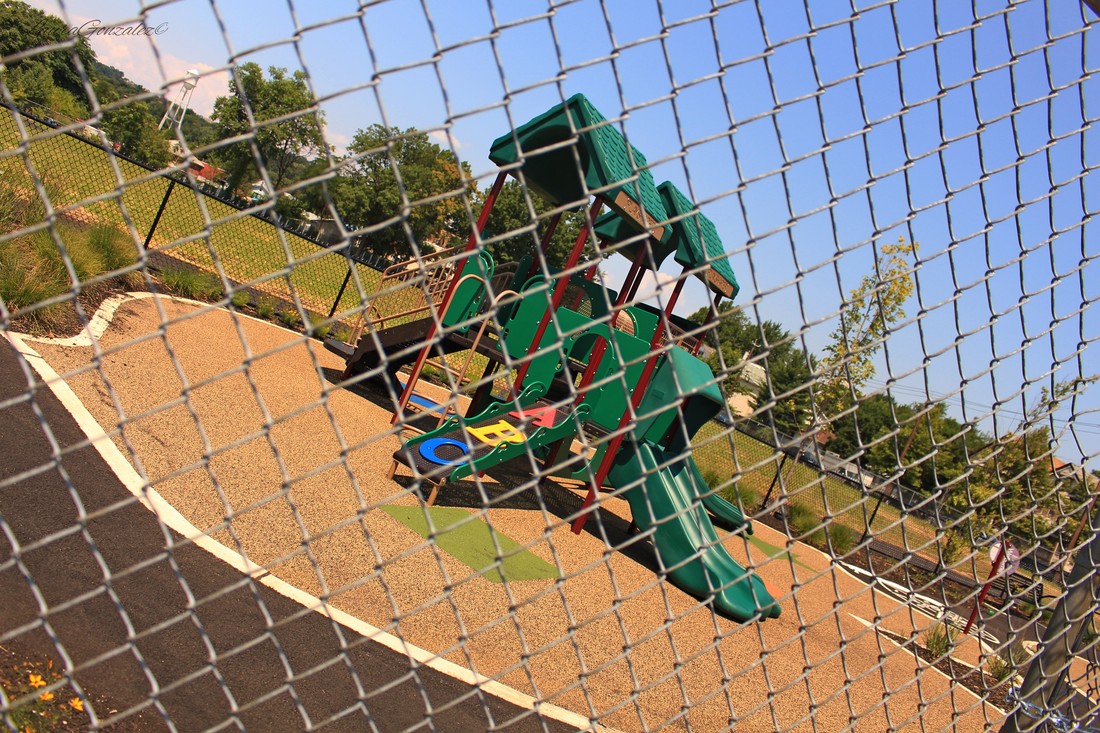 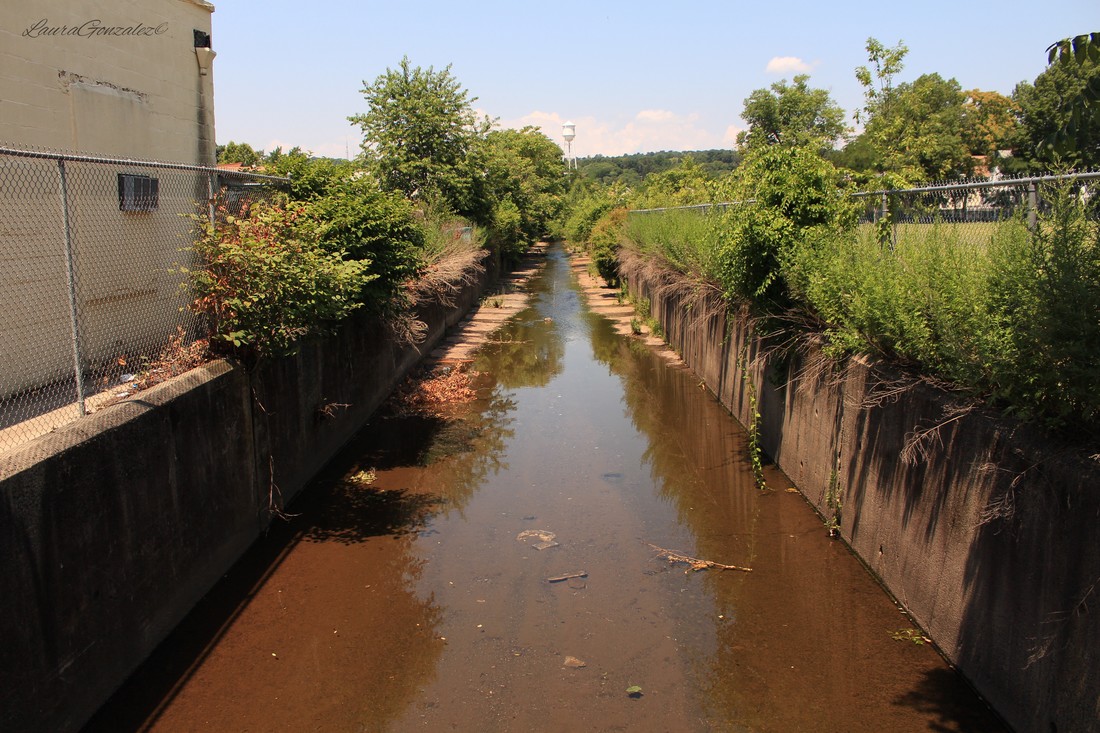 Second River which runs past the radium site
If you want to hear more about this story, here's a documentary on the radium girls.
Laura Gonzalez
January 2 2014