​Dutch traders first settled in Passaic in 1678 with the founding of a fur-trading post. After the river was dammed, industrial growth blossomed. Some of the most successful mills of New Jersey were built in Passaic. Many of them were German worsted mills. The town used to be full of European immigrants, which had come to fill the factories. In the 1970's came deindustrialization, which was pretty much the downfall of many American cities. Passaic would prove no better. The industrial section of the city of Passaic known as the lower Dundee, the east side neighborhood that runs along the bank of the Passaic, is filled with ruins of the cities legacy as an industrial powerhouse. I made my way down to the area to walk the streets where 15,000 woolen mill workers fought for the rights of workers in the Passaic textile Strike of 1926. 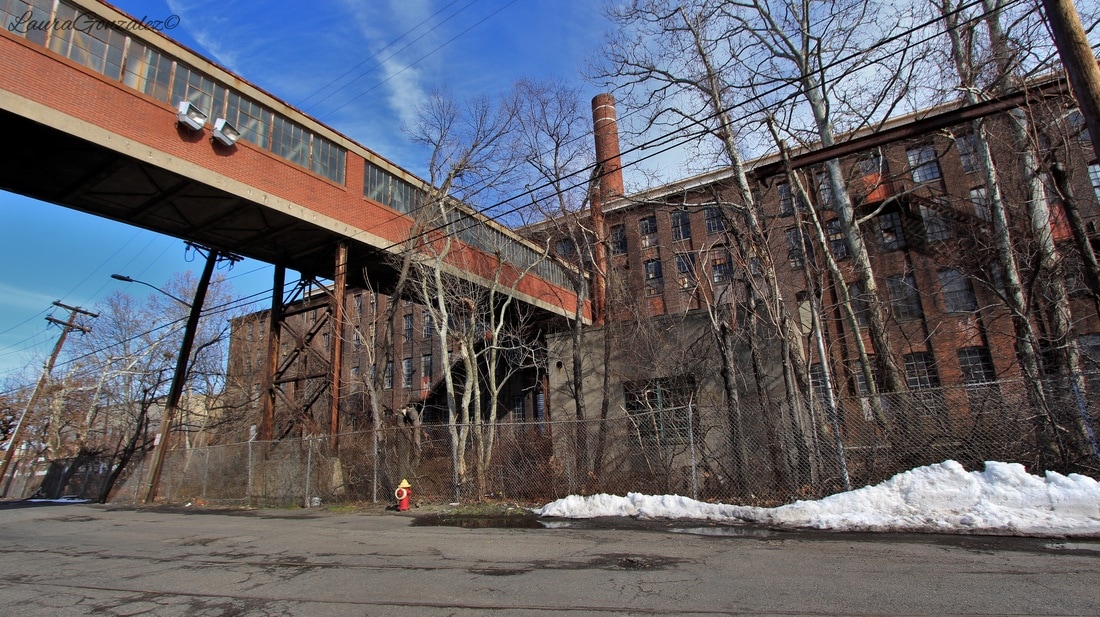 ​Built in the 1880's near the Canal was the Pantasote Leather Company, which produced imitation leather. Pantasote is an imitation leather material made by the Pantasote Company, beginning in 1891. It was a durable, relatively inexpensive material used as upholstery and fabrics used on trains, for tents, and awnings. The factory was abandoned in 1993 and was the site of illegal toxic waste dumping. 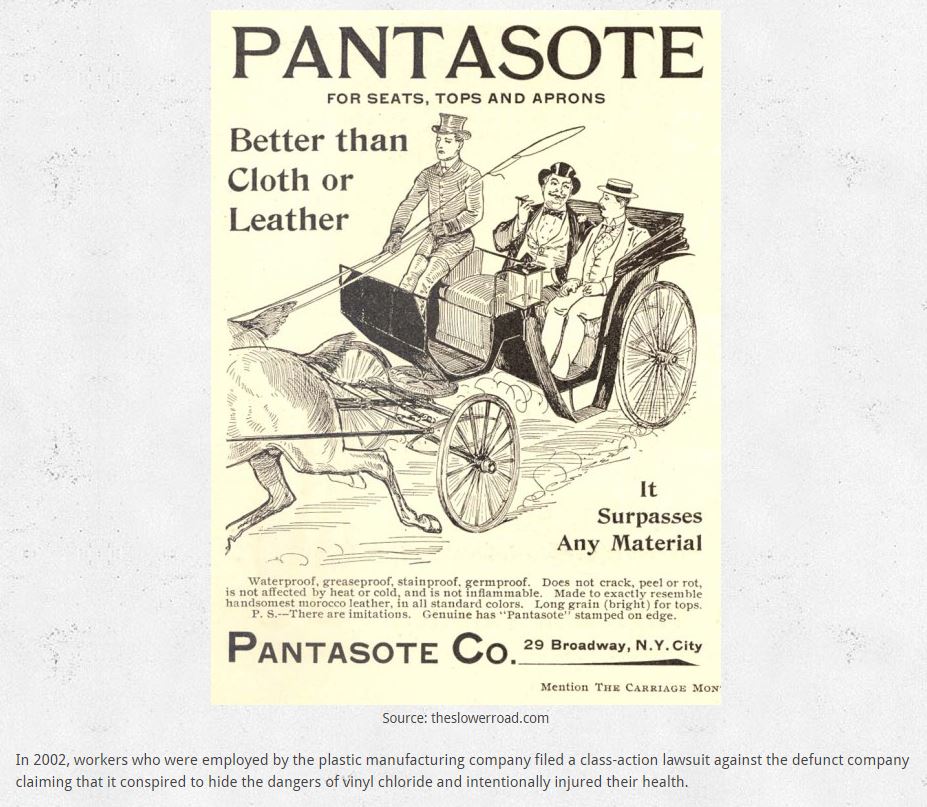 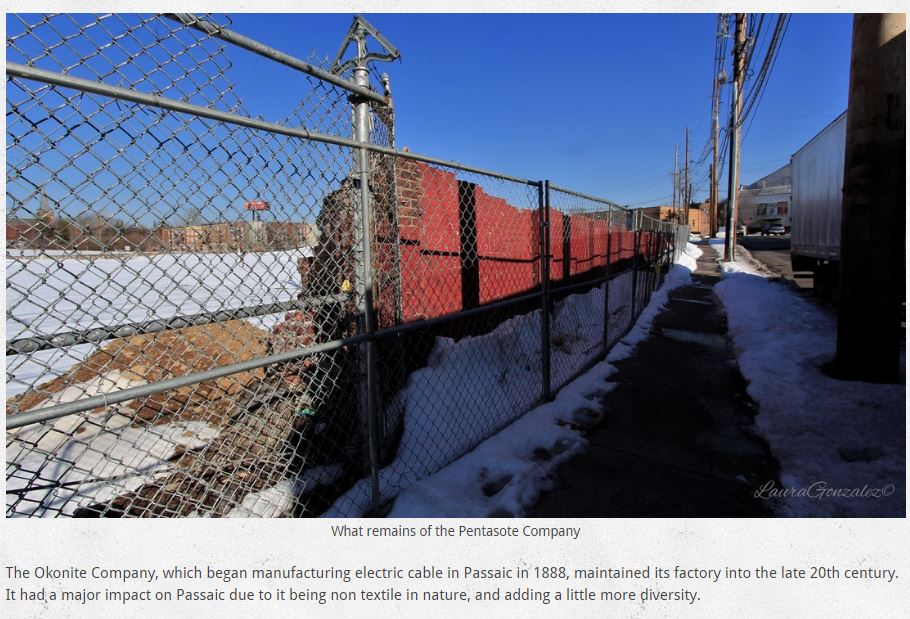 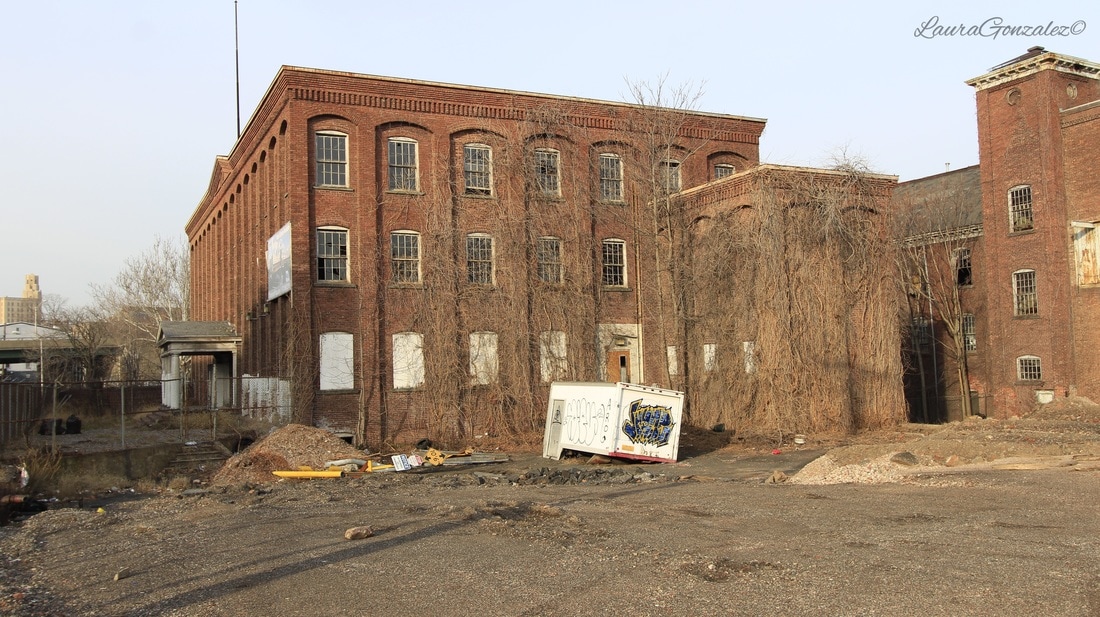 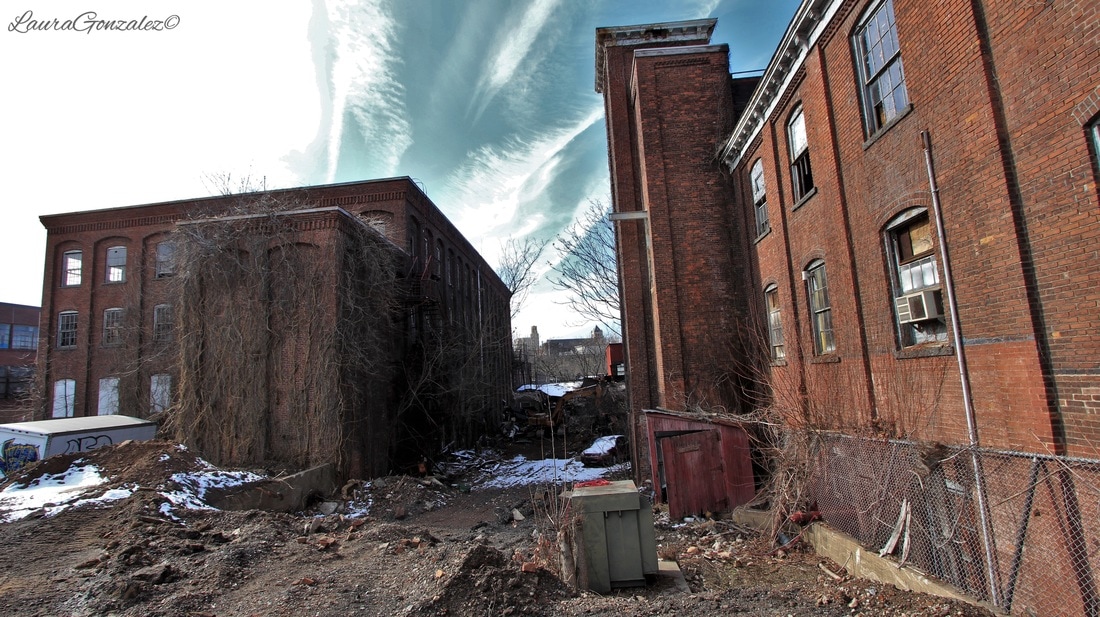 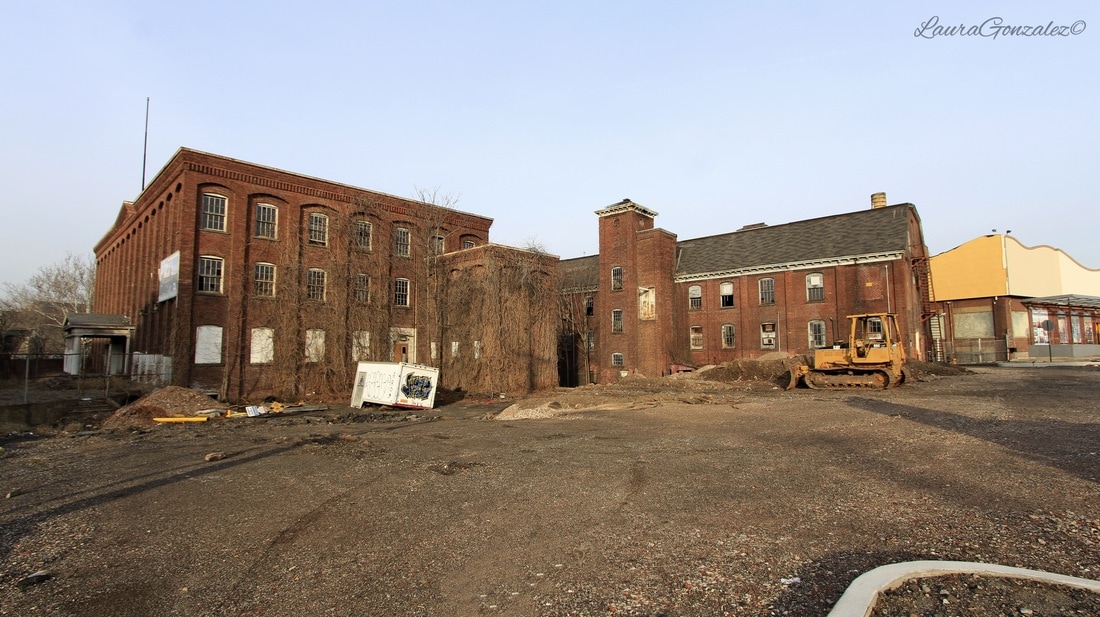 ​Above: Okonite Corporate Office. Canal Street. There is a great picture here that shows the factory a several years back. 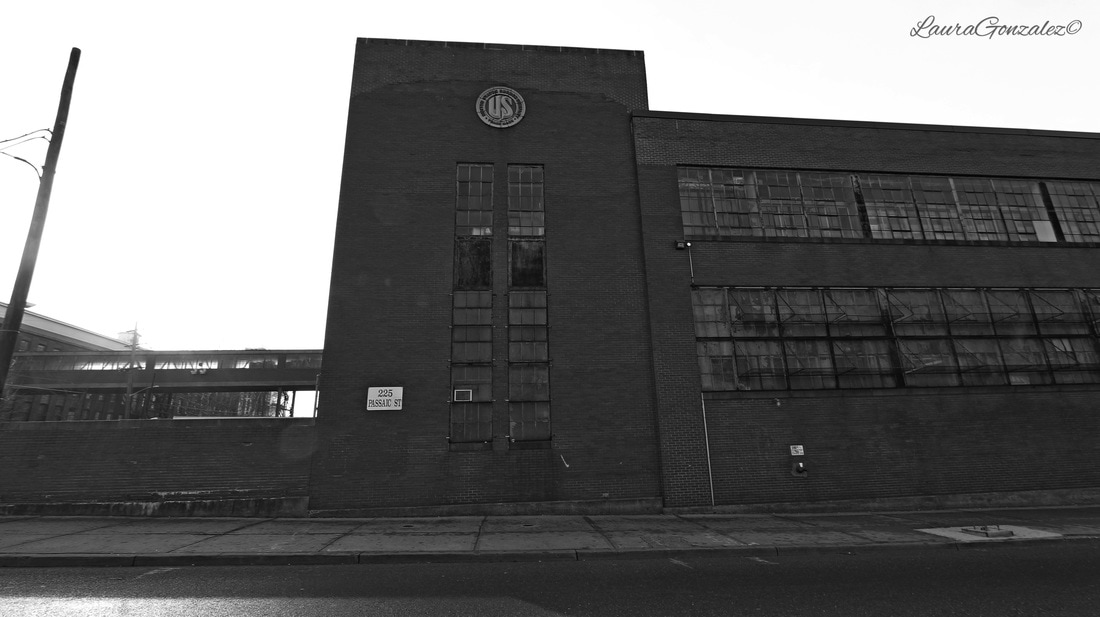 United States Rubber Company signage still remains.
Founded in Naugatuck, Connecticut in 1892, the United States Rubber Company started out producing rubber footwear before eventually moving on to the production of tires. In 1922, the company purchased the site from the Dundee Water Power and Land Company. The site had previously been owned by the Passaic Woolen Mills.  The company had an affiliation with New York Belting and Packing Co. and built a bridge across the canal to join the two companies.
​
The site was also the location of the Algonquin Company, which was the successor of the Rittenhouse Manufacturing Company. It was founded by Edward H. Ammidown, a prominent woolen manufacturer,  in 1876. 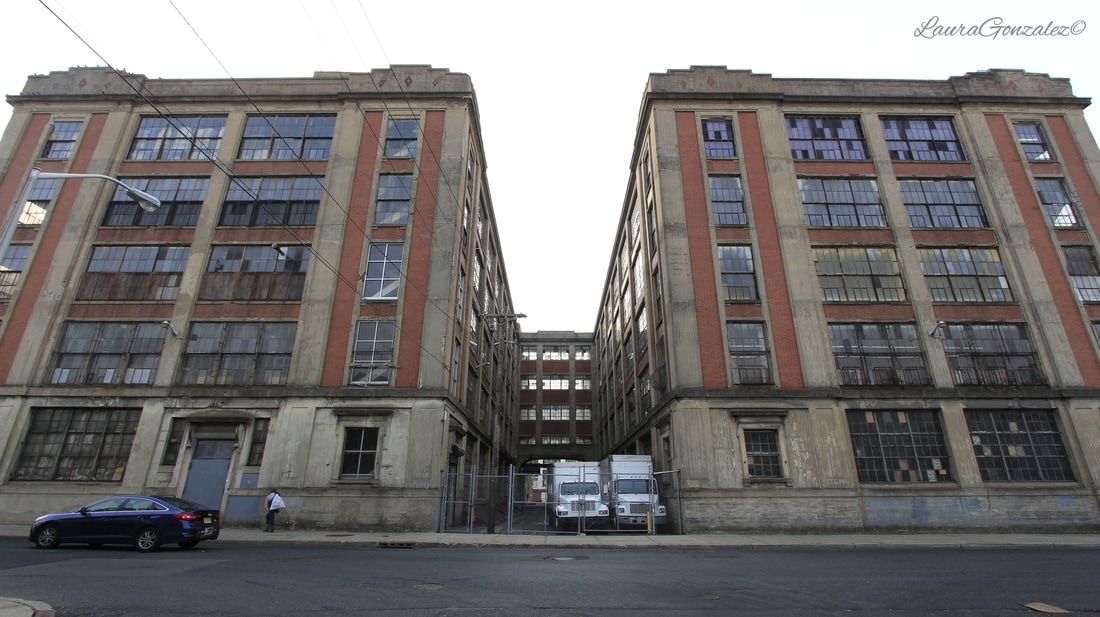 ​The New York Belting and Packing Company began construction in 1872 on its factory in Passaic but didnt operate until 1882 due to a halt in construction from lack of funds triggered by a depression. 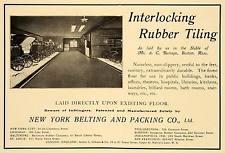 ​Established in 1865 by James Waterhouse is the Dundee Woolen Company which was in its existence the oldest woolen factory of Passaic. 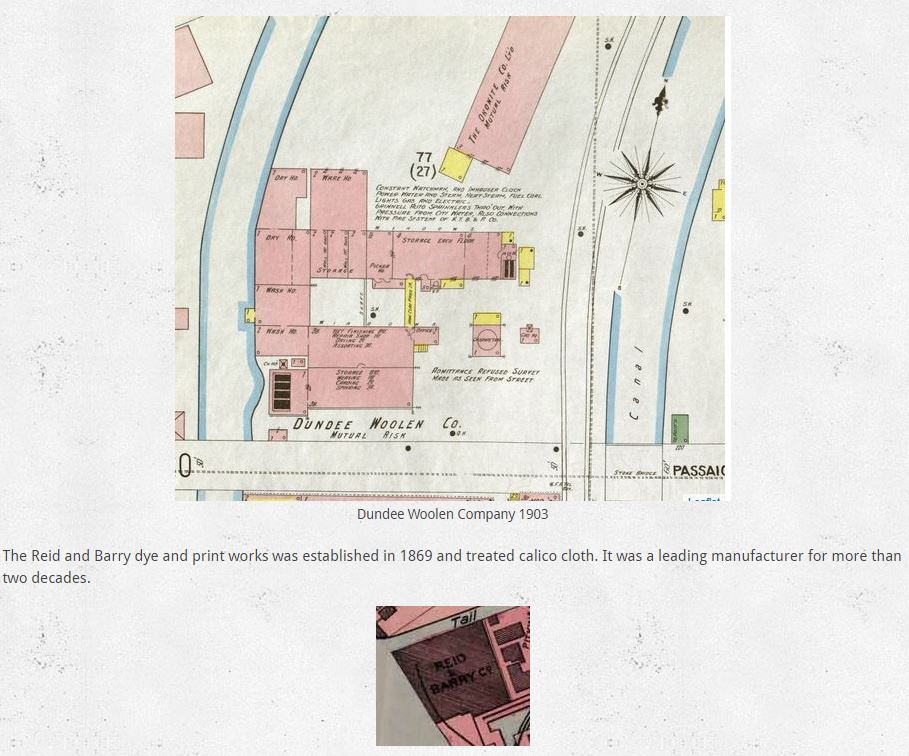 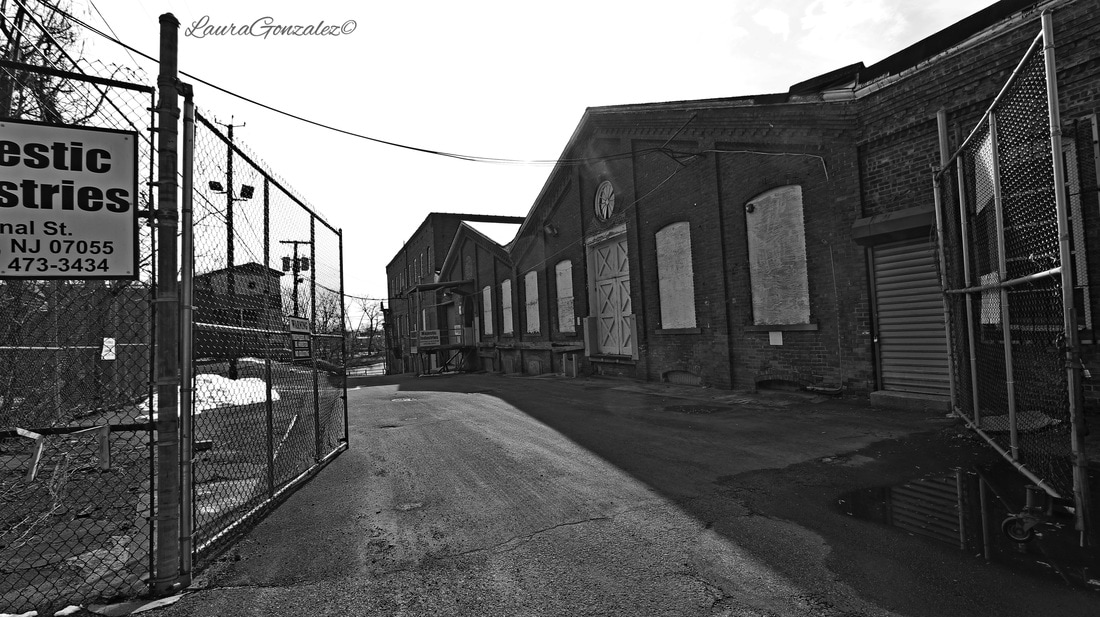 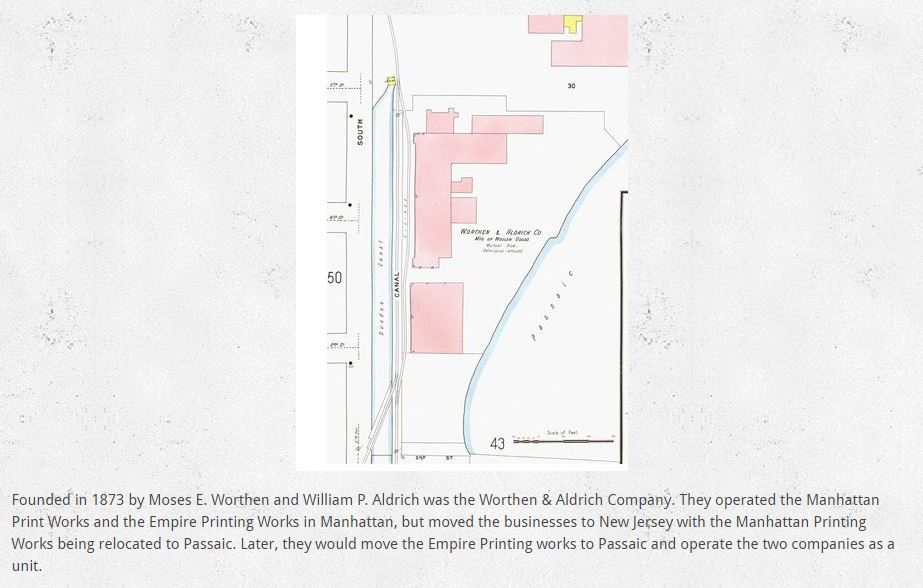 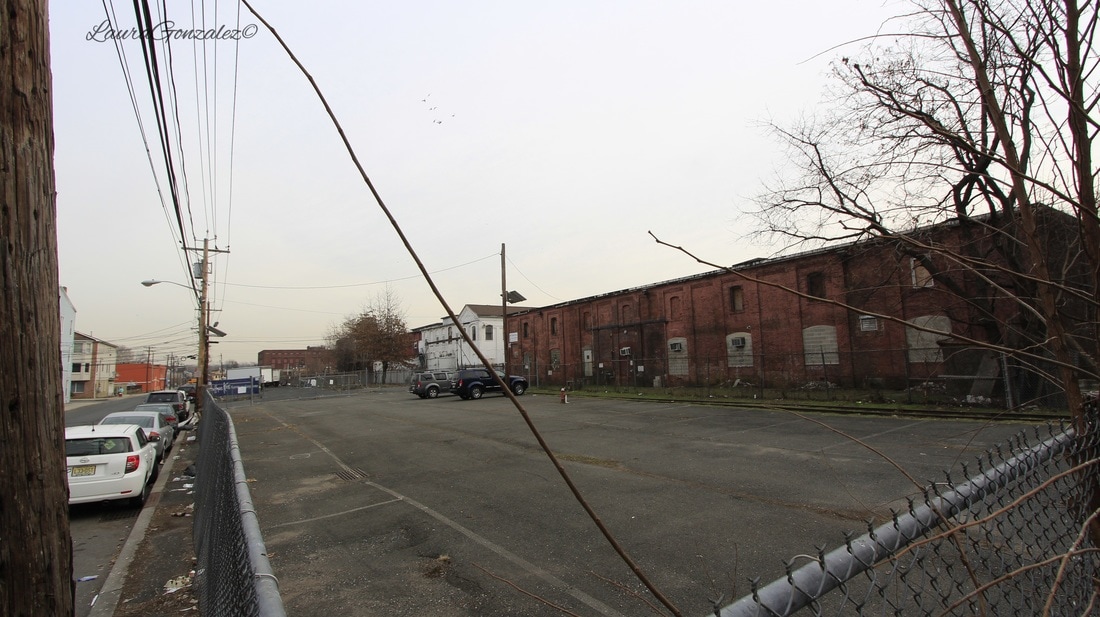 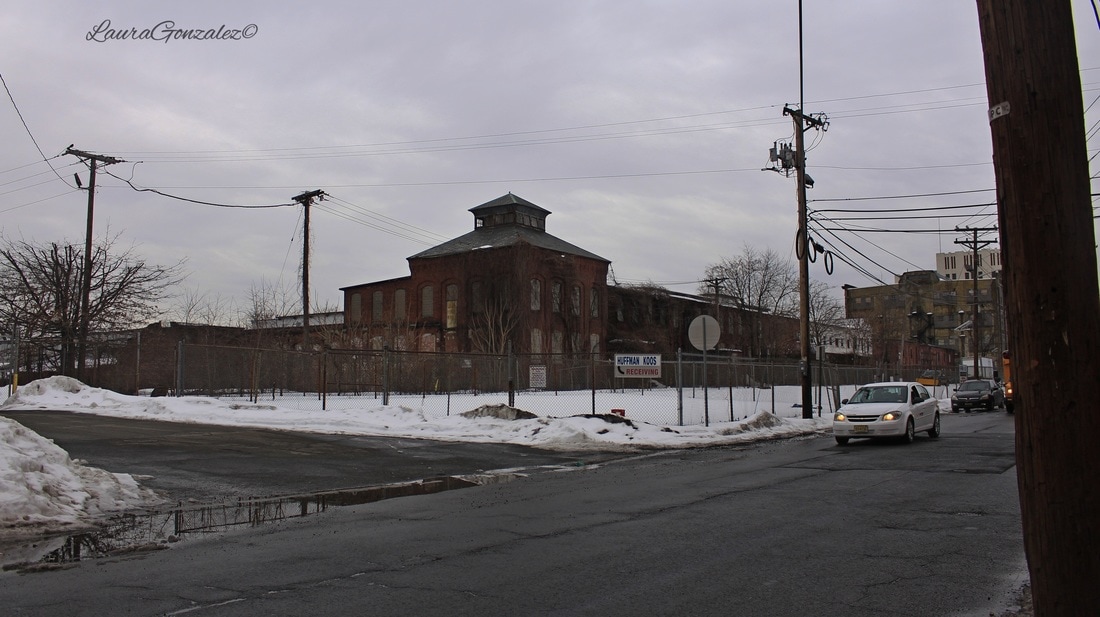 ​Established in 1877 was the Passaic Print Works. Starting with 5 printing machines, it grew to have 15 by the time the president Edward Poor retired in 1936. Mr. Poor also had a separate business called the The Warehouse Company which was a storehouse to hold goods. The warehouse was built in 1907. 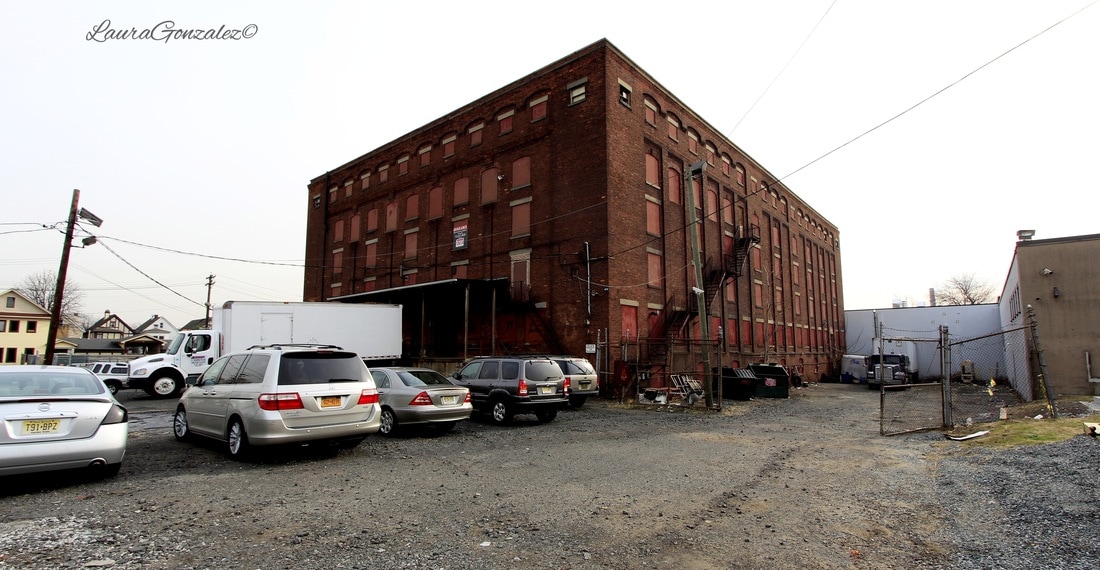 Location of the Passaic Print Works
​The Gera Mills were founded in 1900 by Christian Bahnsen, and named after the Saxton town of Gera woolen mill. He was sent by the firm of Ernst F. Weissflog of Gera who had bought a site for a large factory in Passaic, N. J. 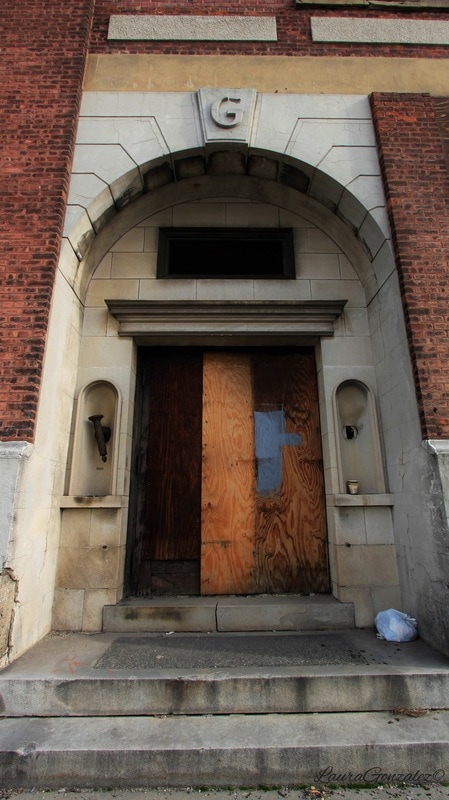 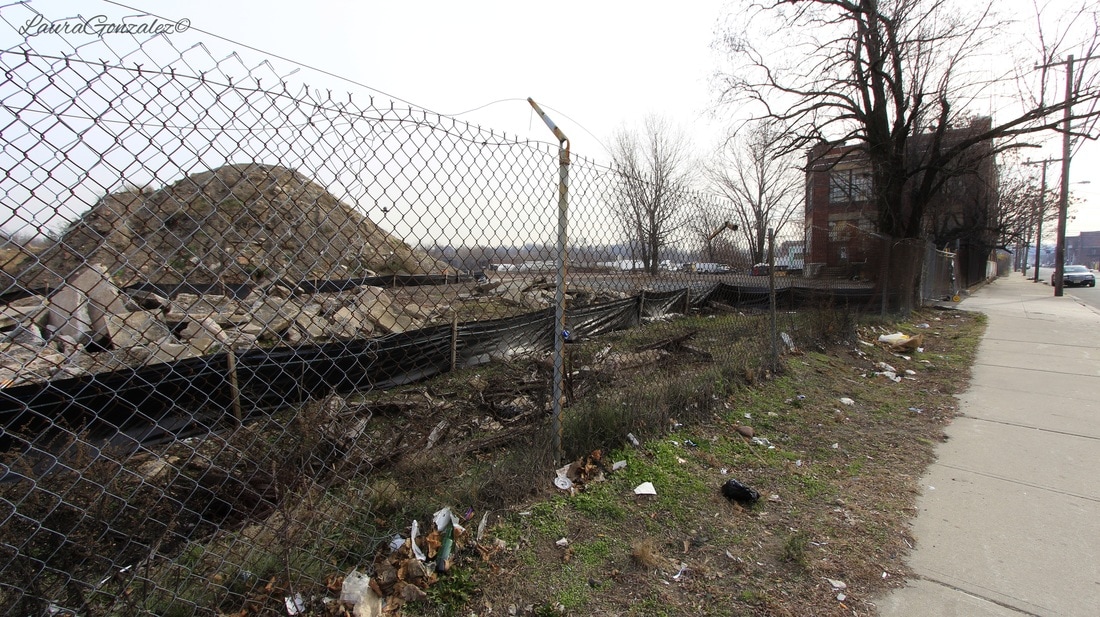 ​The Paterson Parchment Paper Company founded in 1885, was the first to successfully manufacture and sell parchment paper in this country. 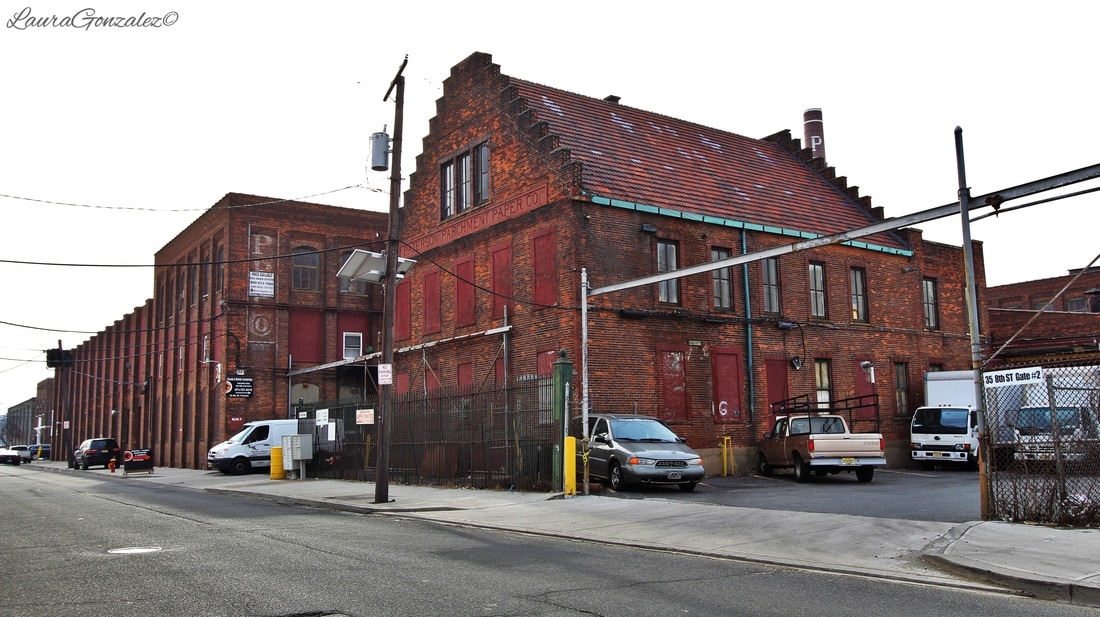 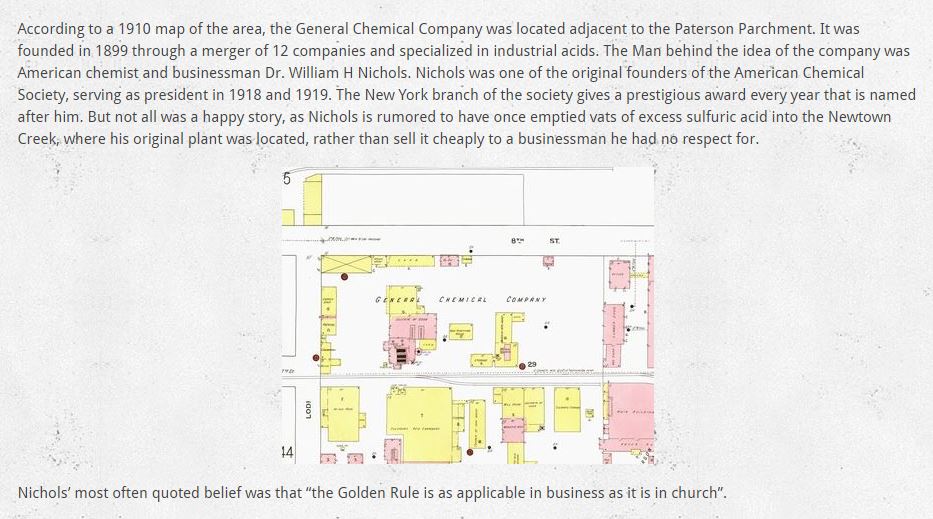 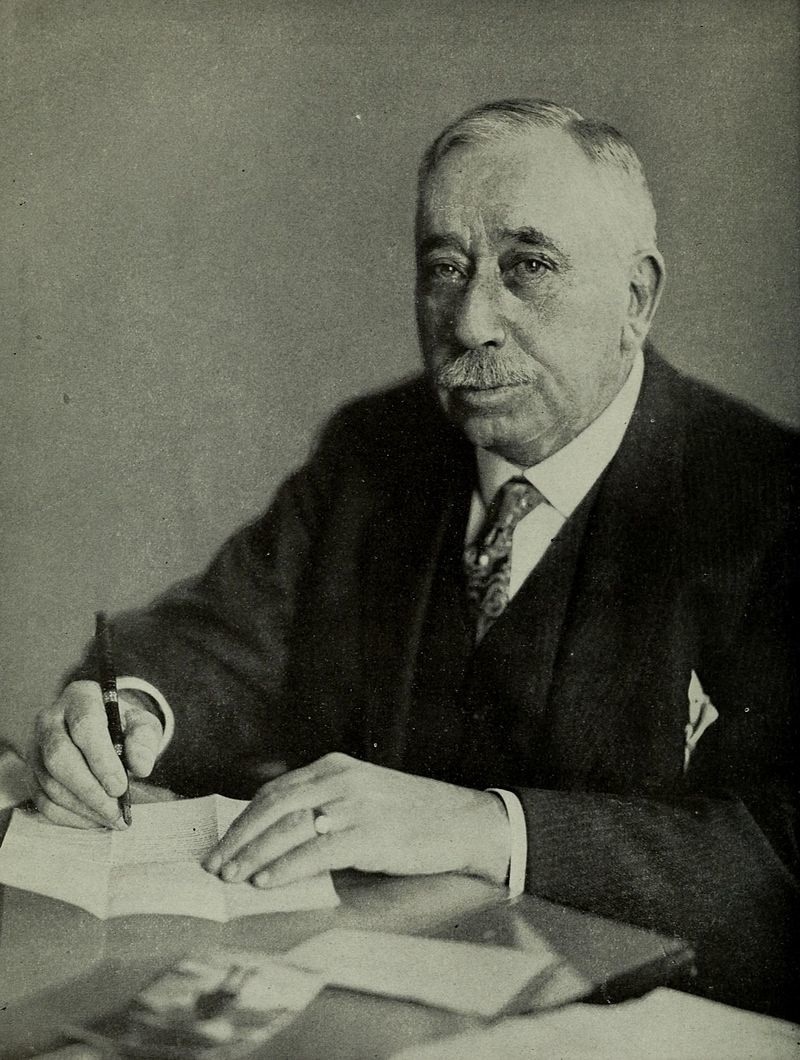 ​This is the J.L. Prescott & Company (see above photo) which has roots that go back to the spring of 1870, when James Lewis Prescott, of pioneer New England stock, carried his stove polish in a wheelbarrow to the railroad depot from his tiny 16 by 18 foot shed in the village of North Berwick, Maine. 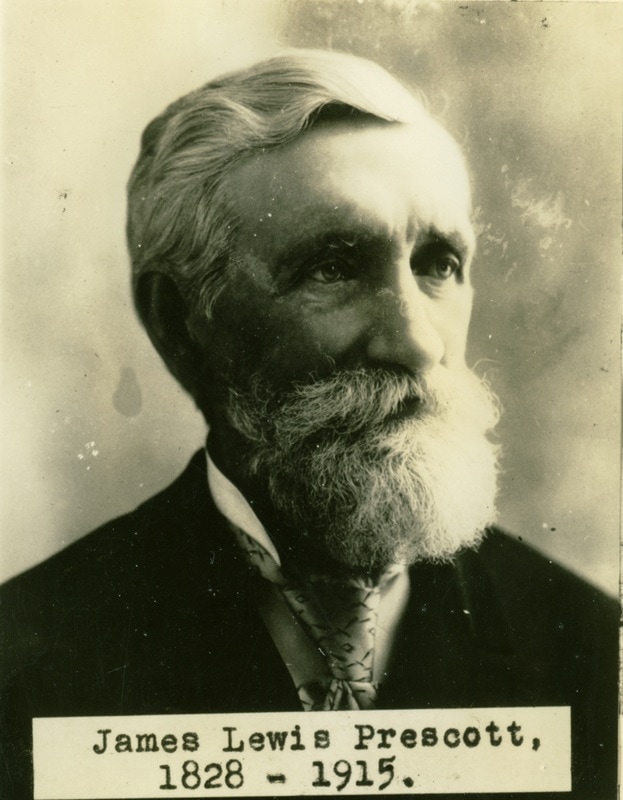 Courtesy of the Ellen G. White Estate, Inc.
Born in Epsom, N.H. in 1828, he came from English ancestry. The Prescott ancestry is known for General William Prescott, who commanded at the battle of Bunker Hill in 1775. He also has ancestral ties to William Hickling Prescott who is widely recognized by historiographers to have been the first American scientific historian. James Prescott's business soon became so successful that he made $18,000 yearly. In 1888, he retired the business to his son who changed the name to J.L. Prescott & Company. $200,000 was spent on advertising, naming the product Enameline, the Modern Stove Polish. Offices were established in New York City and a factory was set up in Passaic. In 1897, Edward Prescott became in charge of the factory in Passaic. He became heavily involved with labor saving machinery. The workers of his factory were paid better than most factories in the area and had electric lighting. ​
Laura Gonzalez
January 15 2016
Some Other Reading:
Historic Passaic County: An Illustrated History By Edward A. Smyk, Robert J. Masiello​
http://newtownpentacle.com/2011/07/28/suitable-apparatus/
​
THE CITY OF PASSAIC​
​
The News' History of Passaic: From the Earliest Settlement to the Present​
Wonderful Passaic: Memories and Recollections By Bob Rosenthal